The board has started releasing results from their 2021 survey. I’ve done some analysis on the response rates by country.

There’s lots of data for activity on OSM by country, but for this I took the numbers from joost for how many “active contributors” there are according to the contributor fee waver criteria. 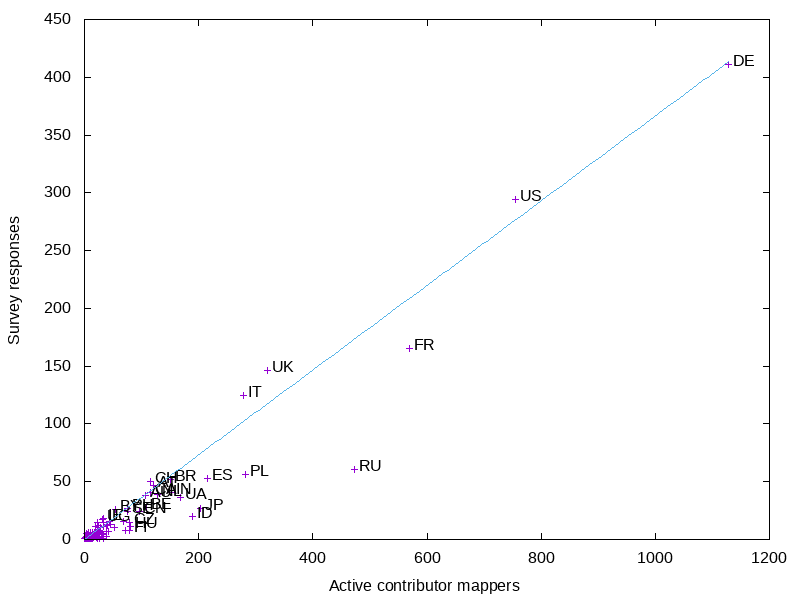 The US and UK are both slightly overrepresented in the survey, but less so than I would have expected based on other surveys and OSMF membership.

The smaller countries are all crowded, so I did a graph of just them. 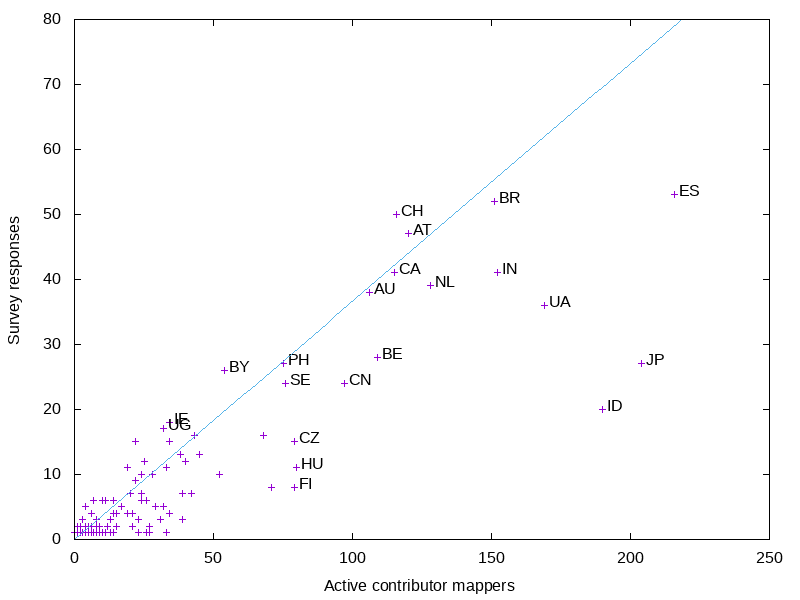