After the birds of a feather session Richard Fairhurst lead at State of the Map, I was motivated to continue some work on bolder, a client-side style I’ve been working on.

While I was working at the Wikimedia Foundation, I developed brighmed, a CartoCSS style using vector tiles. Wikimedia decided not to flip the switch to deploy the style, but the style is open source, so I can use it elsewhere. Making this decision, I spent a day implementing most of it in Tangram. 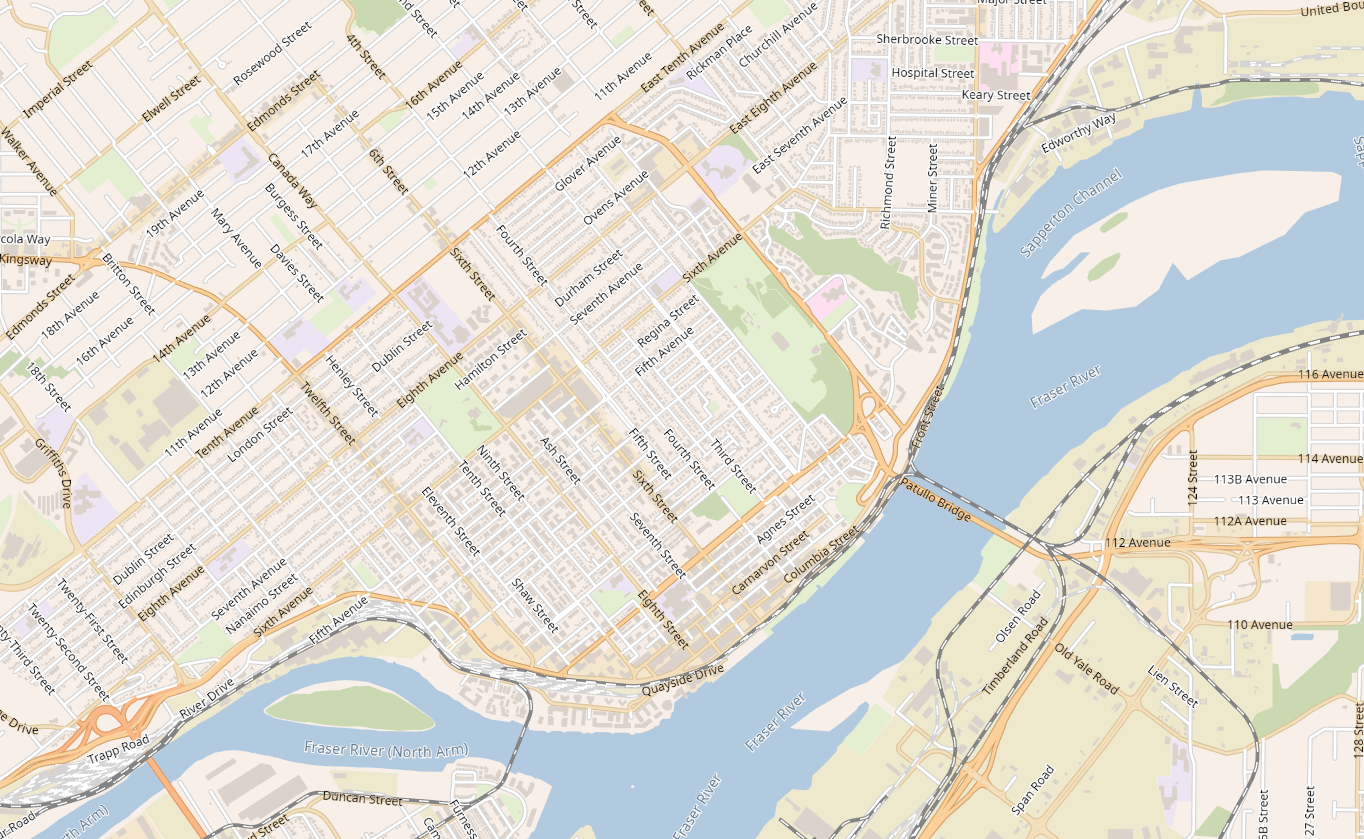 I’ve got some missing features like service roads and some railway values to add, then I can look at new stuff like POIs. For that I’ll need to look at icons and where to fit them into colourspace.

There’s a bunch of label work that needs to be done, what I have is just a first pass, and some things like motorway names have big issues, and ref tags still need rendering. Label quality is of course a unending quest, but I should be able to get some big gains without much work.

Richard is planning to do some work on writing a schema, and if it works, I’d like to adopt it. At the same time, I don’t want to tie myself to an external schema which may have different cartographic aims, so I’ll have to see how that works out. Looking at past OpenStreetMap Carto changes to project.mml, I found that what would be breaking schema changes on a vector tile project are less common than I thought, happening about once every 4-6 months. Most of the schema changes that would have happened were compatible and could be handled by regenerating tiles in the background.